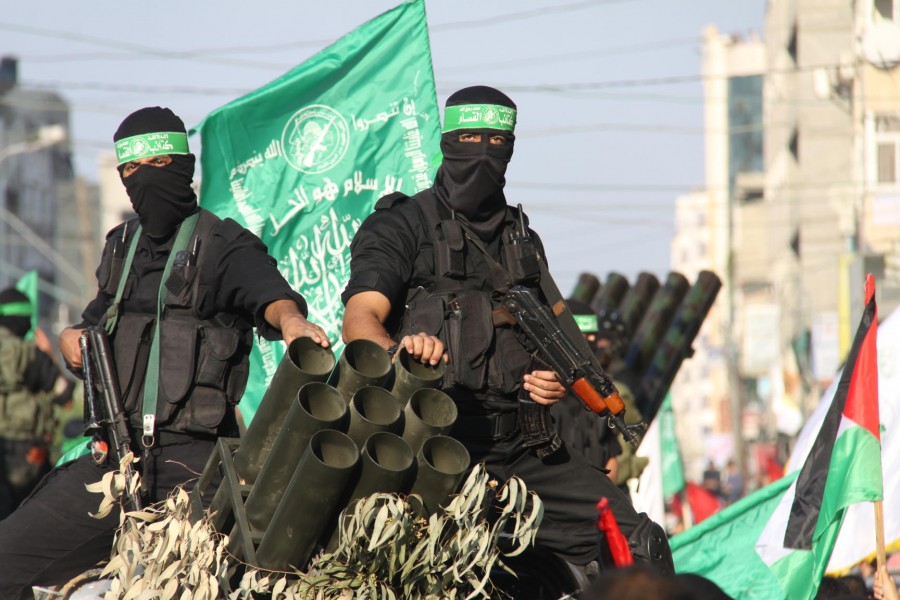 Michael Freund has the details in the Jerusalem Post:

This past Sunday, The New York Times ran a story encapsulating all that is wrong with the Western world’s approach to extremist Islamic fundamentalism.

In a report appearing in its first section, the paper revealed a startling bit of news: “Red Cross offers workshops in international law to Hamas.”

That’s right. The global institution, which claims that it works “to prevent suffering by promoting and strengthening humanitarian law and universal humanitarian principles,” is busying conducting seminars for terrorists in Gaza on how they can be, umm, more humanitarian when attacking Israel.

What’s next? Teaching table manners to the Taliban? The Times article goes on to describe the three-day seminar that the Red Cross conducted for Hamas last month. It included role-playing and case studies, noting that “one exercise involved an armed group firing on an invading tank from the garden of a civilian home near a hospital.” How educational! Mamadou Sow, head of Red Cross operations in Gaza, breezily noted to the Times that earlier this year, when he presented Hamas leadership with a critique of their conduct during last summer’s Gaza war, they “welcomed it” and “indicated that they are a learning organization.”

The article does not indicate whether Sow was able to maintain a straight face while uttering such inanity.

But lest you suspect that Hamas’ indiscriminate firing of thousands of rockets at Israel may indicate that it is somewhat indifferent to the value of human life, Red Cross leaders went out of their way to stress that “they have seen an increasing commitment from Hamas leaders and linemen alike” to respect international humanitarian law.

“For the first time,” said Jacques de Maio, Red Cross director for Israel and the Palestinian territories, “Hamas is actually, in a private, protected space, expressing a readiness to look critically at a number of things that have an impact on their level of respect for international humanitarian law.”

Curiously, de Maio made no mention of the two Israelis Hamas is believed to be holding captive, Avraham Mengistu and an unnamed Beduin, or of the organization’s refusal to take responsibility for their fates. So much for their “respect for international humanitarian law.”

The gathering was one of six such workshops organized by the Red Cross for Hamas’ Kassam Brigades this year, in addition to two more for other, unnamed terrorist groups.

These are the kinds of stories you get in a fundamentally sick society of dupes, useful idiots and worse.

Perhaps the Red Cross’ legal aid for Hamas is something our federal government should look into, on top of the organization’s failed efforts to stymie a Government Accountability Office (GAO) inquiry into its activities, the subject of a recent report from ProPublica:

American Red Cross CEO Gail McGovern has long portrayed her organization as a beacon of openness, once declaring “we made a commitment that we want to lead the effort in transparency.”

But when the Government Accountability Office, the investigative arm of Congress, opened an inquiry last year into the Red Cross’ disaster work, McGovern tried to get it killed behind the scenes.

“I would like to respectfully request that you consider us meeting face-to-face rather than requesting information via letter and end the GAO inquiry that is currently underway,” McGovern wrote in a June 2014 letter to Rep. Bennie Thompson, D-Miss.

McGovern sent the letter, which was obtained by ProPublica and NPR, after meeting with Thompson, the ranking member of the homeland security committee. At the request of Thompson’s office, the GAO had earlier that year started an inquiry into the Red Cross’ federally mandated role responding to disasters and whether the group gets enough oversight.

In her letter, McGovern suggested that, in lieu of the investigation, the congressman call her directly with questions. She provided her personal cell phone number.

In a statement, Thompson criticized McGovern’s request to spike the investigation.

Craig Holman, a veteran observer of congressional investigations as an advocate with the watchdog group Public Citizen, said he couldn’t remember another instance in which the subject of a GAO inquiry asked for the inquiry to be called off.

We in the West are living through a self-righteously suicidal age.