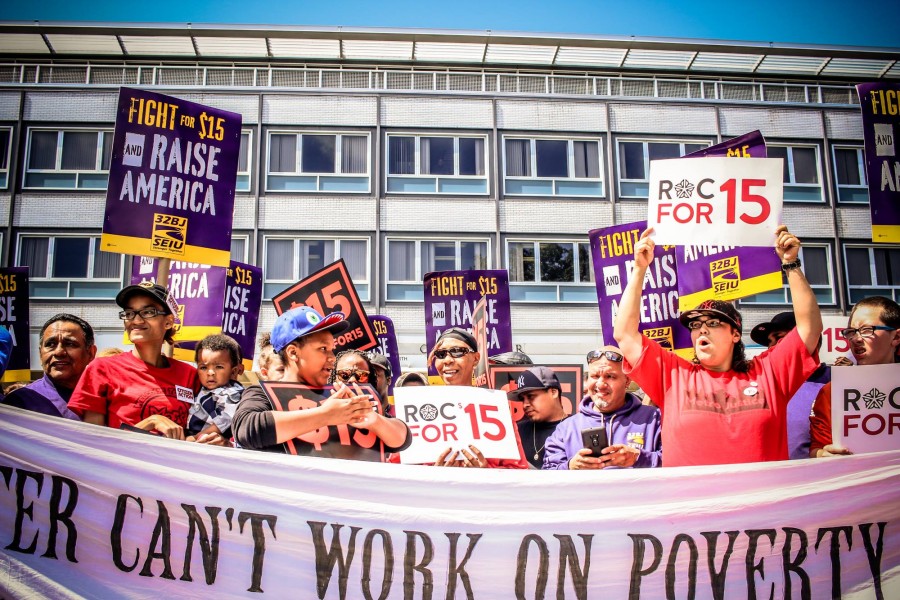 [T]he owner of even a single franchised restaurant would automatically have to pay a minimum $15 an hour, simply because of his affiliation with a brand that has more than 30 restaurants nationwide…

Could these restaurant owners cope with such a huge increase in operating costs by reducing their profits? Quick-service restaurant franchises operate on slim profit margins—on average 2 to 4 cents on the dollar according to an Employment Policies Institute study. And to the extent they make lower profits, these business owners will be less likely to open new restaurants. Restaurateurs who own more than 30 non-franchise quick-service establishments also will be put at a disadvantage with competitors not subject to the higher minimum wage.

To manage increased costs, franchisees instead may be forced to reduce their current staff or reduce their hours. They might even seek to automate some of their processes by implementing kiosks or mobile platforms for ordering food. The result would be fewer job opportunities for unskilled young men and women, who rely on these entry-level jobs to learn important work and life skills and to move up the employment ladder.

What about increasing prices? Certainly, consumers’ willingness to pay more for fast food would help offset the franchisees’ increased labor costs. However, increasing prices may result in losing customers who will seek lower-priced options. Two levels—one for franchises and another for other restaurant owners—will force some franchises to close. [Emphasis mine]

Amazingly and laughably, Gov. Cuomo makes the argument for his plan in part based on his devotion to limited government:

At a rally Thursday in Manhattan, Cuomo noted many fast-food workers are on government welfare programs, which the Democratic governor likened to the state “subsidizing” the industry.

“So I announce today as the governor of the state of New York that I want to get out of the hamburger business,” Cuomo said. “I don’t want the taxpayers of New York subsidizing the profits of McDonald’s anymore, and this has to end.”

Faux fiscal responsibility aside, Gov. Cuomo ignores the effects of similar increases to the minimum wage in places like San Francisco and Seattle.

And indeed, the consequences of government intervention in prices are no different in labor than in housing or money.

But leave aside the predictably harmful effects of price controls.

There is a deeper question of morality, neglected in a society where all morality is relative. Namely: Is it moral for the state to make decisions for people that can be sorted out contractually among themselves?

The implication inherent in the minimum wage is that humans are dolts, incapable of managing their own economic affairs and subordinate to the state. This flies in the face of what we see every single day, wherein private individuals bargain free from government coercion, from eBay to Uber.

The minimum wage also implies that governments must be responsible for “correcting” outcomes that some people do not like, regardless of the often damaging impact on others. Worth noting is that in the past, this “correction” was made on behalf of racists, another in the long line of history lessons that progressives would like us to gloss over.

Either way, political control of human affairs by way of economic intervention evinces a contempt for the “little people,” and more often than not hurts them while helping the groups that fund the politicians. This should irk Americans more than it does, and the Left should have to answer for it.